The local musical event of the year

Tonight in The Lounge at The Palms, Santa Fe and The Fat City horns welcome, with the greatest respect, admiration, and gratitude:

Michael Ruff
It just doesn't get any better than this. Music starts at 10:15 pm. No cover, no minimum. Join us. Let the Healing begin. 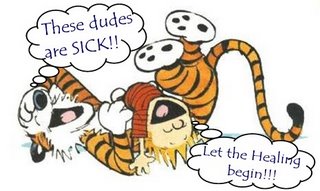 Well, the place was jammed tonight. We were SRO 40 minutes before the band started. Some of the regulars were ticked off because the front tables and several others had been reserved, and BobbyG got a bit of an earful about it from folks who came down way early only to not be able to get close up. I don't know if it's a fire code capacity thing here, but where I grew up playing (NY and Chicago, etc) a room the size of the Palms Lounge would have had twice the seating capacity. I wish we had better seating for everyone; there's a lot of wasted space in The Lounge. A lot of people stood all night. I ended up giving up a table and half of our seats so Prince could be seated in the back during the second show. I never did see him, it was all, like, this Presidential Security thing with the Palms earpiece security cats. 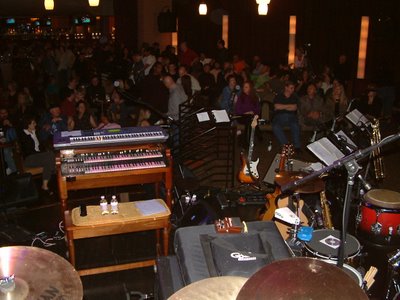 This night went down as advertised. OVER.THE.TOP! First, the band roared to life with "Intermission" and never looked back. Then Bill Champlin bopped in, along with Chicago drummer Tris Imboden. I have always dug Tris big-time. He sat next to me, and we struck up a conversation -- incredibly nice guy. I told him that I first saw him play at Rupp Arena in Lexington Kentucky in about 1979 or 1980 when he was touring for Kenny Loggins. I was on the road, with my last band, "Birdland," before hanging it up to go back to school, and we'd gotten tix to Kenny's show at Rupp. Tris remembered that tour well, and said it was the baddest band (I'm a total Loggins freak, in addition to my groveling Champlin and Santa Fe Jones).

At one point the Fat City Horns were playin' so "stooopid" (I think it was during "Living for the City") Bill Champlin and I exchanged roll-your-eyes, shake-your-heads glances and smiles.

Jerry wasted no time putting Bill to work, and Champlin was on fire tonight. Dude, you got Kennedy Center Honors in your future, gotta be. Marco, Renato, and Joey then lit the house up. People were agape. Then, Michael Ruff joined them. Jerry was not [bleeping] me; this cat is a musical giant, and a beautiful soul.

Below: Some pics from the most memorable evening of the year. Thank you Jerry Lopez and the band. Thank you Bill Champlin. Thank you Marco Mendoza. Thank you Renato Neto. Thank you Joey Heredia. Thank you Michael Ruff. The stunned, howling crowd got the Real Deal tonight. 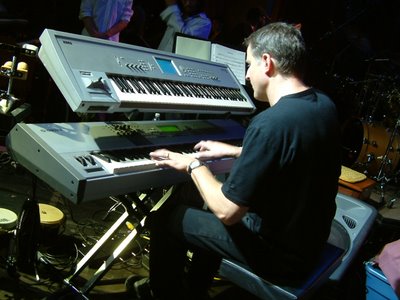 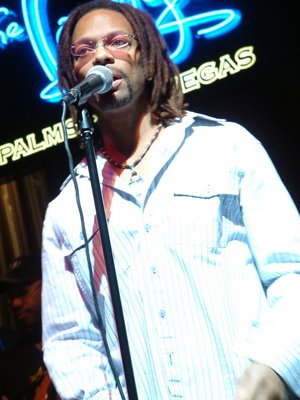 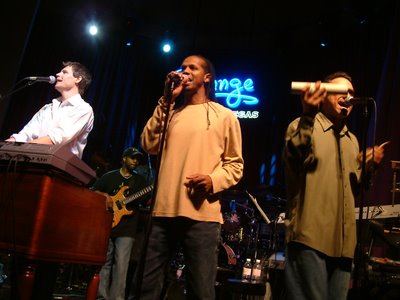 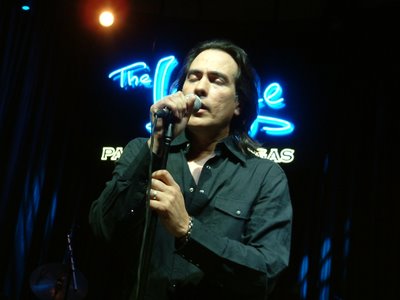 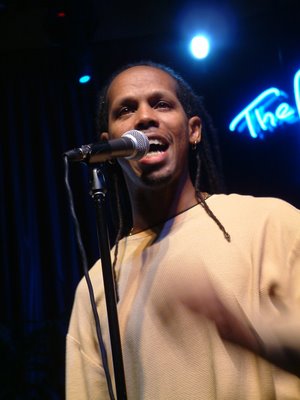 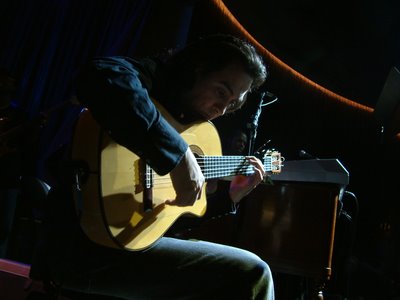 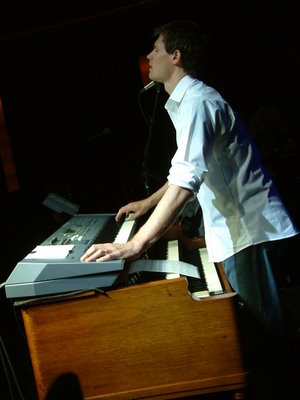 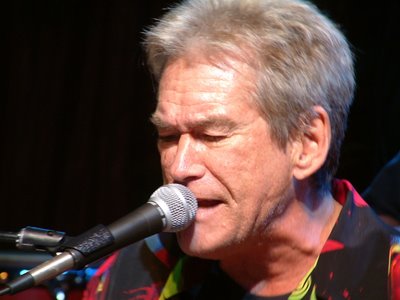 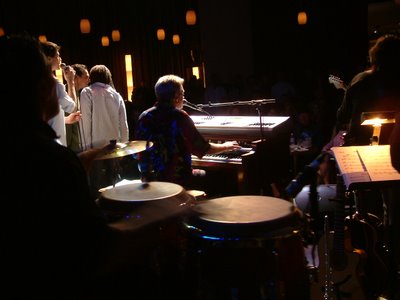 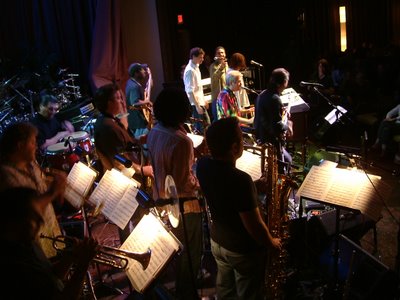 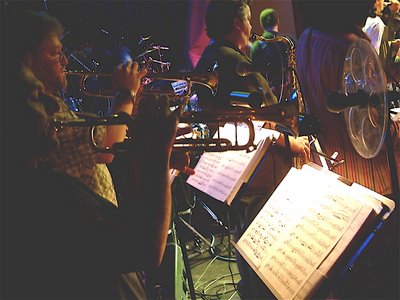 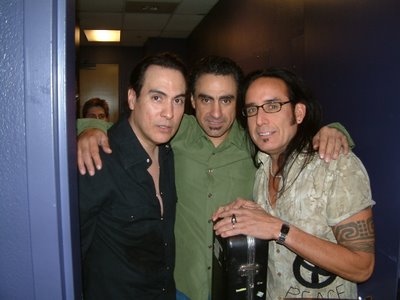 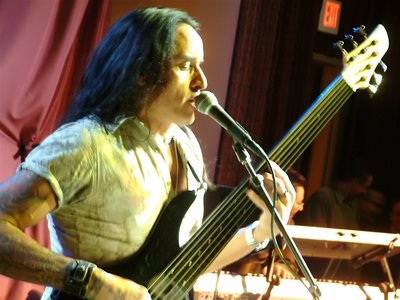 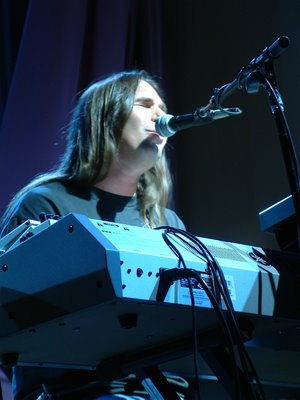 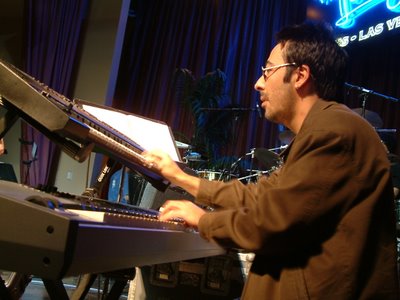 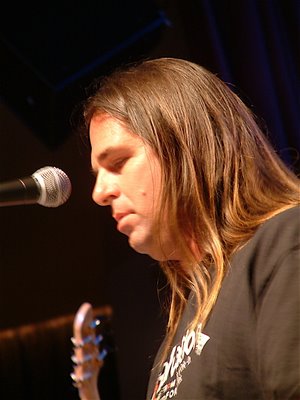 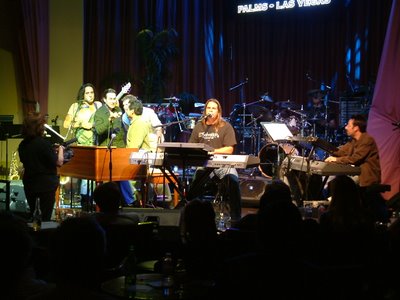 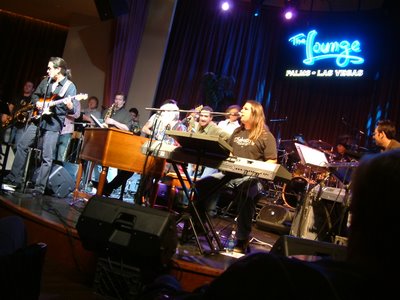 The final throwdown of the night was perfect, everybody on stage rippin' it up to "We Are Nothing". Man!

OK, I been bloggin' for about an hour now. Fixin' to go crash. It's 4:25 a.m. More later (not going to the day gig tomorrow). Cousin Jojo (below, left to right, Bob O'Neil, John Rocker, Jojo) from The Peoples' Republic got some pics too, and I gotta do updates about other cats gigging around town this week. Stay tuned. It was great to see all of you tonight. Adrian, my brother, especially you.

Got Michael Ruff's new Gospel CD blaring. Yikes! Highly, highly recommended even if the Jesus thing ain't your trip (it won't hurt you).

Update, below, two pics from the gig by cousin Jojo, and one sent by Dave Siefkes. The end of night lineup was Renato, Michael Ruff, and Bill Champlin on keys, Pepe Jimenez on percussion, Marco on bass, Joey on tubs, the Fat City Horns, All the guys singing, Jerry on guitar.

CODA, from my friend STEVE

What an incredible night. I’m at a loss of words to describe this event. It’s one of those experiences that would be hard to duplicate again exactly. During the show I kept thinking, I can’t believe I’m seeing this for free? This should have been a $100 plus ticket at the very least.

We gave two of our reserved seats to a couple that were Michael Ruff fans here in . They saw on his web site that he was performing at The Palms Hotel Monday Night. They did not know about your regular Monday night show. They called The Palms to confirm the show and the operator said there was NOT any entertainment on Monday night. Can you believe this? They took a chance and came anyway based on Michael’s web site. Not any entertainment tonight??? Let’s see, Bill Champlin of Chicago sitting in with the hottest band on the Planet and then Marco Mendoza of Whitesnake, Renato Neto of Prince and Joey Heredia with everybody from Stevie Wonder to Steve Lukather and then the amazing Michael Ruff. Yeah, there’s “nothing going on in The Lounge tonight”??? Then we find out Prince is in the audience!!!

Not to worry -- at least the VALET GUY knows something special is going on in The Lounge. When my buddy, Dave Siefkes, left The Palms at 3:30 AM the valet guy said “Can you believe Prince came just to see The Show in The Lounge” tonight? Maybe we can have all inquiries regarding entertainment routed to the Valet Parking Attendants, they seem to know what’s going on more than the operators. On second thought maybe not, you’ve got standing room only and people spilling out in to the casino. You’d just have to move in to a bigger room. Ha !

Thanks for giving recognition to my friend, Don Capron, former lead trumpet with Wayne Cochran and the CC Riders. He said Bill Champlin remembered doing a show with them years ago in . Don was just absolutely blown away by the whole show and especially The Fat City Horns.

hanks again for producing one of the finest “Live” music shows in the country. 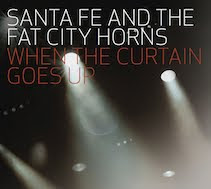 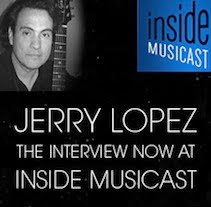 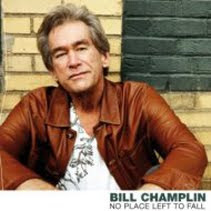 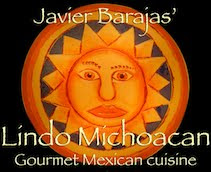 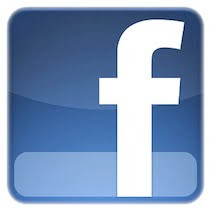 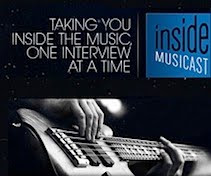 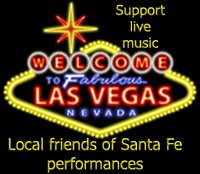 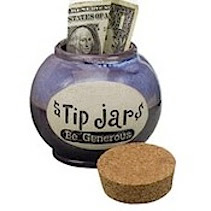